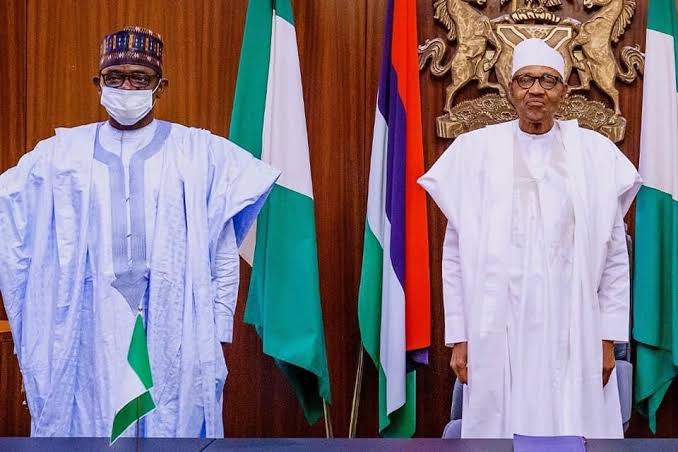 Let me asseverate, prestissimo, that there comes a time when some members of a political party, in spite of the gargantuan risk of been misunderstood must have the quixotic predilection, messianic intrepidity, Olympian serenity and a perfervid sense of history to stand up and speak for their party with a view to requesting purveyor’s of centrifugal proclivities to put the political genie back in the bottle and that time is now.

It has been a year plus that members of the Caretaker /Extraordinary Convention Planning Committee (CECPC) were given the honour of serving our great party, the All Progressives  Congress (APC), to pilot the affairs of the party through a testing period and organize the national convention of the party. The members of the committee have served with great passion and commitment over the last year as they administer the affairs of the party. It is a fact too plain to be contested that the CECPC has recorded humongous achievements within a short space of time.

As you will all recall, the NEC and the party leadership in it’s sapient disposition or if you like, in it’s wisdom, appointed the CECPC with a view inter alia, to further strengthen the party, ensure it’s continued popularity with Nigerian’s and also to maintain it’s hold on power at the center and across the state’s of the federation.

The CECPC headed by His Excellency, Hon Mai Mala Buni, and trusted with the leadership of the party was saddled with specific responsibilities that are individually and collectively critical to the growth, development, and continued national relevance of the party. Among the achievements are:

The planning and conduct of a nationwide APC Membership Registration/Revalidation Exercise.

Reconciliation of all the lingering disputes amongst members within the party, among others.

Conduct of Congresses at the Ward, LGA, and State Levels, which is currently ongoing.

Constitutional Amendment for the party.

National Convention which is work in progress.

And as well as the daily running of the official affairs of the party.

The secretariat and the entire members of the CECPC, have been putting their nose to the grindstone, assiduously to deliver value for every task undertaken by the committee.

The world in caboodle can bear eloquent testimony to the fact that the membership registration organized, and successfully conducted by the committee was a huge success. Across the entire polling units, wards, local governments and states of the country and the FCT, the CECPC seamlessly conducted a peaceful exercise, devoid of a single record of atrabilious political bellicosity and virulent belligerency. At the conclusion of the exercise, the membership population of our great party rose to a little above 40 million; a figure well above the projected targets. May i pontificate, that the supra feat is unheard of in the history of political party management not only in our country but the entire continent of Africa.

On the resolution of conflicts that has been the bane of our party for a period of aeon, the CECPC commenced its assignment of bringing all aggrieved party members back into the fold and ensure willing termination of all ongoing litigations against the party and among members on issues that relate to the party. The CECPC embarked on a genuine reconciliation drive that accord all aggrieved members, fair hearing and objective responses, placing party interests above individual interests.

The Committee also visited some key stakeholders and left it’s reconciliatory doors wide open for those willing to visit the committee as well as, for suggestions and inputs.

The transparent and objective approach to the problems that bedeviled the party, provided new confidence and trust in the party. Virtually all aggrieved members and groups who had left the party or sued the party in various courts, willingly accepted reconciliation and withdrew litigations in the courts against the party.

Against the backdrop of the magnitude and plenitude of the reconciliatory drive embarked upon by the CECPC, the fortune of the party in the last year has greatly improved across the country and especially, in the South-East and the South-South which has been the stronghold and bastion of the opposition in the past. I can confidently tell you all today that the APC is now more peaceful, more accommodating, and more united with more prospects than it was when the CECPC came on board.

In a historical move to strengthen the constitutionality of the operation of the party, the CECPC had since set up a Constitution Amendment/Review committee to look into areas with ambiguities and loopholes in the party’s law book and rules. This is principally to create a legal checkmate against the incessant unnecessary litigations the party has witnessed over the years and as well promote internal democracy. The committee set up by the CECPC conducted Public hearings in all the six geo-political zones of the country and over 500 memoranda were received from Party Members.

The CECPC has successfully delivered to the party a stronger and more democratically robust constitution waiting for ratification by the convention of the party.

When the CECPC came on board, there was an inherited liability of unpaid legal fees to the tune of Three Hundred and Forty Million Naira (N340,000,000.00) leading to occasional garnishing of the party account. The CECPC subsequently invited all the legal firms who were involved in the matters and negotiated and brought down the fees to One Hundred and Seventy Nine Million Naira (N179,000,000.00) which is now fully paid.

I am also aware of and will wish to inform you all, that when the CECPC came on board, the building currently housing the party national secretariat was on a lease. The previous NEC of the Party had approved the purchase of the property at the cost of Two Billion, Five Hundred Million Naira (N2,500,000,000) out of which, initial payment of One Hundred and Fifteen Million Naira (N115,000,000) was made. I am glad to proudly inform you that the CECPC has concluded payment of the outstanding balance and has taken over the ownership of the building and has approved the naming of the secretariat “BUHARI HOUSE” in honor of the meritorious service of Mr. President to both the party and the country.

You are all witness to the overwhelming and intimidating ingress into the APC in recent times of political hierophants, with the requisite cornucopias electoral savvyism and dexterity, including sitting and former Opposition Party Governors, as well as several National Assembly members and host of people from the grassroots. This harvesting of political souls from opposition political parties is indeed unique and reflect the non-relenting and goal getting stance of the entire membership of the CECPC.

Of all the achievements of the CECPC, more important to the party is the continued maintenance and improvement of the party capacity to win elections. During the period under review, the CECPC led the party to contest in several elections and by-elections with an overall 95% success. This is inclusive of governorship, legislative, and local government elections across several states.

Just recently, the CECPC conducted congresses in local governments across the country. The exercise was as peaceful as they come and mark a new dispensation in political party outings in the country.

Just now, i can magisterially pontificate that the CECPC has coruscatingly, cerebrally and sapientially discharged its responsibilities to our great party and Nigerian’s. It’s time for political chichidodo’s within and without to halt their “mandibular walkabout” and put the political genie back inside the bottle.

Thank you for coming.