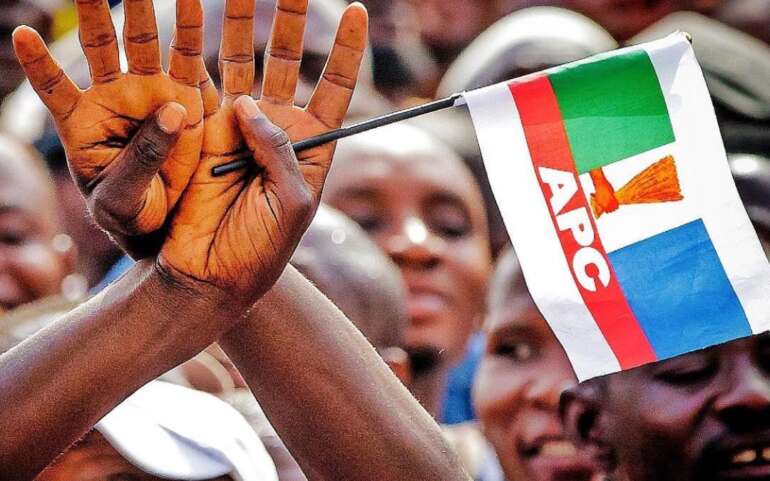 The All Progressives Congress (APC) reassures Nigerians that the security of the nation is of the highest priority to the President Muhammadu Buhari administration and this government is effectively deploying resources to ensure that all Nigerians go about their activities in peace and safety.

Going by the major role played and the negligent handling of insecurity by the Peoples Democratic Party (PDP) when it was in government, the failed opposition party is seriously unqualified to speak on how this government is tackling insecurity and the attendant rot the PDP left behind.

The PDP apparently chooses to forget how the same insecurity it now desperately seeks to politicise, metamorphosed and festered under its watch which ultimately led Nigerians to overwhelmingly reject it in the 2015 elections through their votes.

Nigerians still recall how bad things got under the PDP to the extent that Muhammadu Buhari before he was elected President was attacked by terrorists in Kaduna State. The country’s capital, Abuja became the epicentre of Boko Haram attacks with brazen bomb attacks on the United Nations building, the Police Headquarters, recreation centres, markets, motor parks and Eagle Square where foreign heads of governments gathered to celebrate the country’s independence, among others.

Lest we forget monies meant to buy arms to fight insurgents was stolen and diverted to private pockets of PDP members and their cronies while Boko Haram seized Nigeria’s territory and hoisted their flags.

This is no longer the case under the government of President Buhari. Security funds are no longer being pocketed and no inch of Nigeria’s territory is under the control of the now decimated insurgents.

Aside emerging security incidents recorded in some parts of the country which is equally being tackled by our security services with great success, the APC is not oblivious to the politically-motivated security incidents being sponsored to discredit and destabilise this government. These evil sponsors and perpetrators will soon be unravelled and made to face the full weight of the law.

In keeping with our election promise to Nigerians, President Buhari has shown uncommon leadership, intent and capacity to permanently end all security incidents and criminalities in the country.

So for the PDP to suggest the country’s security situation is at its worst when it was rejected by the electorates in 2015 shows that its leadership is out of touch with the state of the nation, particularly successes recorded by this government in safeguarding lives and livelihoods of Nigerians.

The record investments in the procurement of military and intelligence platforms, training and retraining of service personnel by the Buhari-led administation have led to the neutralisation of insurgents, arrests of bandits and kidnappers by our security services.

While the PDP labours to politicise security incidents in some parts of the country, the truth is this government’s promise of ending insecurity is on course and would soon be realised.

On a daily basis, insurgents are surrendering to our security services, bandits and kidnappers camps are being sacked, our forests are being cleared of criminal and other undesirable elements. It is clearly no longer business as usual for these criminals as was the case in the previous administration.

Under this government, the military and other security services have been re-professionalised and re-equipped to meet the growing exigencies of security in the country.

The APC thanks Nigerians for trusting the President Buhari government to end the security incidents in spite of unpatriotic, insincere and insensitive interventions by the PDP constantly seeking political gains from issues of unsecurity.

While we urge continued support to the military and other security agencies against insecurity, we renew our charge that irrespective of political, religious and ethnic affiliations, it is the right thing to come together in our strive to bring the menace of insecurity to an end.

SPEECH BY HIS EXCELLENCY CHAIRMAN APC CARETAKER/EXTRAORDINARY CONVENTION PLANNING COMMITTEE AND YOBE STATE GOVERNOR HON. MAI MALA BUNI ON THE OCCASSION OF THE INAUGURATION OF THE NATIONAL CAMPAIGN COMMITTEE FOR THE ANAMBRA STATE GOVERNORSHIP ELECTION.