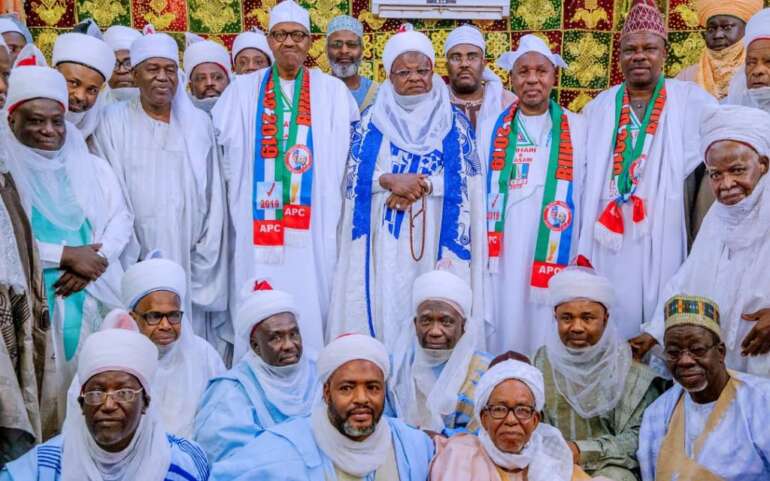 The All Progressives Congress (APC) has urged the support of all Nigerians for the ongoing reform of the police and efforts at restoring peace across the country.

In a message to Nigerians on the occasion of Muslim Eid-El-Maulud celebration, the ruling party urged all Nigerians to embrace the virtue of Mohammed.

“We urge Nigerians to be influenced by the great virtues that the Holy Prophet epitomised by imbibing the true meaning of piety, sacrifice, patience and fellowship

“Today many parts of the country is ravaged by the aftermath of the #EndSARS protests and the unfortunate arson attacks and looting which marred the agitations.

“While we seek justice for alleged Police brutality victims and embark on needed police reforms, we also urge peaceful agitations and engagements on all sides.

“To this end, we call on citizens and all stakeholders to take advantage of the Judicial panels of inquiry and restitution being established in states.”

The party urged citizens to resist individuals and groups that use social media to sow seeds of discord among citizens.

“In our public and private spaces, particularly the social media, we must collectively resist individuals and interests that try to sow seeds of discord among us by inciting violence and dividing us along religious, ethnic and other perceived lines. Their intentions are unpatriotic and self-serving.

“From social inclusion, deregulation, anti-corruption, electoral reforms and now police reforms, the President Muhammadu Buhari-led government has not shied away from systemic and institutional reforms when necessary. We urge Nigerians to support these progressive reforms.

“As we progressively reform, rebuild and reposition the country, the APC calls on everyone to be circumspect, humane and measured in our utterances and actions. We renew our call for an end to the looting and arson attacks.”