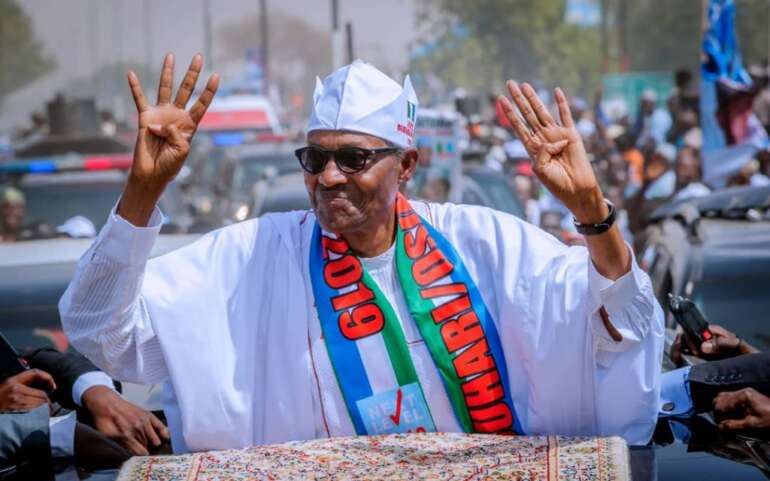 President Muhammadu Buhari has promised to improve the lot of the poor and those in the lower rung of the society during his second term in office.

Addressing leaders of the various communities from the five council areas of Daura Emirate, who paid him a Sallah visit in Katsina State, the president said he was convinced that majority of Nigerians understood his person and mission hence he was given a fresh mandate of four years. He emphasized the place of agriculture in his administration’s policies, promising to appoint a knowledgeable minister that could promote investments in the sector.

Buhari expressed joy that the youths were beginning to embrace and earn big from agriculture, urging all without regular income to return to the farm. Besides, the president yesterday held a closed-door meeting with the Progressive Governors Forum at his Daura home. The Secretary to the Government of the Federation (SGF), Boss Mustapha, was also part of the gathering.

Although details of the assembly were not immediately made known to newsmen, it was, however, gathered that issues bordering on governance dominated the discussion. It was also learnt that the governors had come to pay an Eid-el-Kabir homage too to the Nigerian leader. Sources said the governors came in two batches with the first being the chief executives of Ekiti, Lagos, Edo, Gombe, Kebbi, Osun, Nasarawa and the host state, Katsina.Others, who came through Kano, were led by Governor Abdullahi Ganduje.

Buhari, who is in the state for a 10-day official visit, thanked the visitors for the trip. He had had several prominent personalities visit him in his home country. One of them was Prof. Alpha Conde, the Guinean leader, who was conferred with a traditional title by the Emir of Daura, Alhaji Farouk Umar Farouk.

The president is to commission some state government projects and visit a number of internally displaced persons (IDP) camps in the state. Today, he is to visit Batsari local council where several people had been victims of bandits, kidnappers and rustlers.

SCREENING AND APPEAL COMMITTEES FOR HOUSE OF
REPRESENTATIVES, SENATE AND GOVERNORSHIP 2023
ASPIRANTS